On January 22-23 it snowed heavily in Tokyo. To see if it affects radiation measurements I ran out with a few geiger counters to see if I could detect any change. To measure the fresh snow I used 3 geiger counters and absorption filters: Well, I did measure quite different levels compared to what the “normal” post-Fukushima levels are in my neighborhood (background typically around 30-40 CPM or 0.05-0.07 uSv/hr on the PRD).  I used a cloth to capture fresh snow fall as opposed to measuring snow that already had accumulated.

I tested the snow my self, albeit not for isotopes but for activity decay (our SAM was not in reach that evening) I measured increased activity (upto 10 times background) in fresh snow and a decay of around 25-30 minutes after which the snow measured background. Also measured with absorption filters and concluded we were dealing with a primary beta source.  Next day measurement of snow (after it stopped snowing) showed no increased activity. This led me to conclude that we were dealing with possibly radon daughters. (background typically around 30-40 CPM)

Once home I posted my findings on the Safecast Google group and promptly got responses from various members:

1.  Safecaster Kalin Kozhuharov had also rushed out and done similar measurements with the Inspector:

“I did a bit of measuring too outside the building in the parking lot:

Inspector, mylar inside, 0.068mm ziplock bag, not much time to stabilize temperature 2. Joe Moross — also ran out in Ichikawa, Chiba and reported:

4. Ian Goddard posted a useful link on the half life of radon components found in rain and snow. These matched very much the half life I observed that night and confirmed Marco’s point as well.

“…graphs of radon decay, two graph showing alpha- and beta-activity decay. The *x* axes go out to 8,000 minutes = 133.3 hours = 5.5 days. So this source recommends not testing rain samples for 5 days to clear out the radon-decay chain. [*] The source I cited previously practiced a 3-day wait for rains-sample testing to clear out the measure-confounding effects of radon”

So fresh snow is actually radioactive, albeit for a short period of time. What is important to note is that these phenomenas are regularly occurring and shouldn’t be mistaken for radiation coming from Fukushima.

P.S. No geiger counters were harmed in this experiment 🙂 Safecasters Joe Moross and THE STIG in action in downtown Tokyo 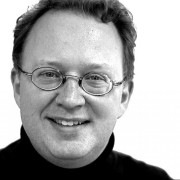