Above: Everything looked great on the huge screen, including Joi Ito Skyping in from MIT to say hello.

The “FUKUSHIMA: THE NEXT THREE YEARS” symposium SAFECAST organized in commemoration of the third anniversary of the start of the Fukushima disaster was held at the Komaba Research Campus of Tokyo University on March 15, 2014. We’re incredibly pleased with how it went, with a nice turnout that included both familiar and new faces, a great set of presentations which balanced academic discussions with forward-looking proposals and newsy updates, and a lively final discussion that ended with a Futaba resident begging us to hold a similar event in his home town. Everyone enjoyed the reception afterward, too.

Many thanks to Taichi Furuhashi of the Center for Spatial Information Science (CSIS) at Tokyo University for arranging the venue; to Loftwork for helping set up the USTREAM live video streaming; to our presenters; and to everyone else who pitched in for organizing, translating, helping, and making sure things happened pretty much when they were supposed to.

Links to the videos of the event and the the presentations are below. 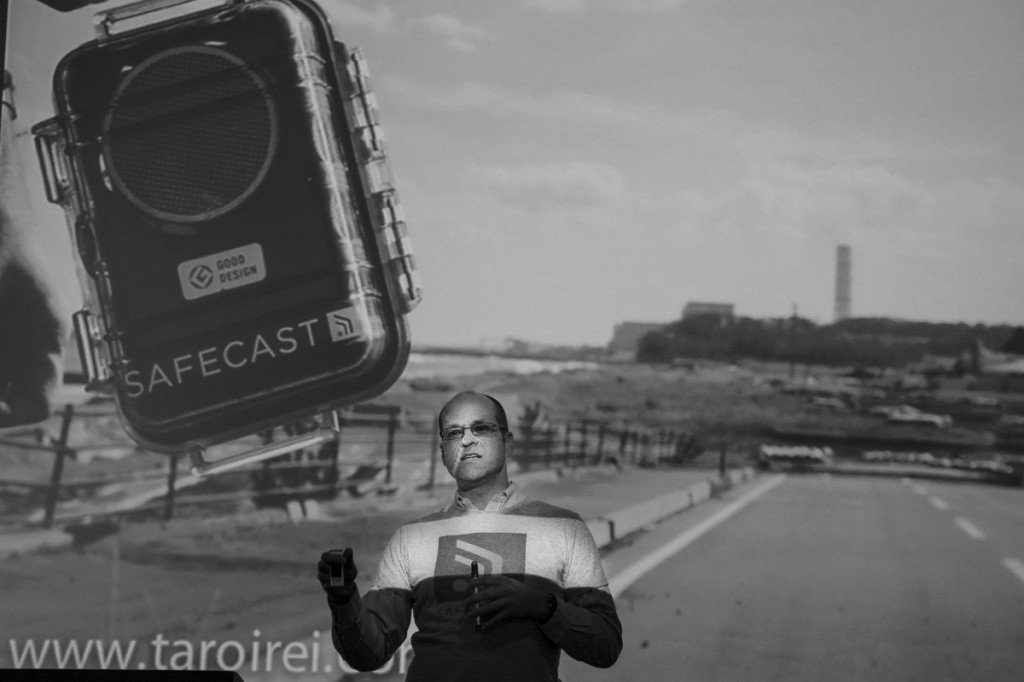 SAFECAST: The Next Three Years :

Opening greetings from Joi Ito, SAFECAST co-founder and director of the MIT Media Lab via Skype, and the view forward from  Sean Bonner, Pieter Franken, and Kalin Kozhuharov (with Q&A)

Ken Buesseler of Woods Hole Oceanographic Institute discussed new crowdsourced ocean research; Hidetake Ishimaru, of Kodomomirai citizens’ food testing lab in Tokyo spoke about the importance of independent monitoring; and Safecaster Azby Brown did his best to summarize what the experts on both sides are saying about health issues.  (with Q&A)

Reports from the field:

Chernobyl and Daiichi: Inside stories

Safecaster Joe Moross shared what he and PBS Science Reporter Miles O’Brien saw and did during their recent visit to the Fukushima Daiichi NPP, and Yuichi Kojma recounted his visit to Chernobyl last year with media activist Daisuke Tsuda.

Fukushima based volunteers Jun Yamadera (Eyes Japan) and Rob Oudendijk shared their plans and progress on the innovative Fukushima Wheel project, and we heard from Fukushima Safecast volunteer Akira Yamaguchi about some of the issues which confront his community (with Q&A)

Panel Discussion: The next three years

Sean Bonner, Dan Sythe, Pieter Franken, Ken Buessler, Joe Moross, and Hidetake Ishimaru discussed what’s on tap for SAFECAST and themselves in the next three years, and what changes they expect to see in Fukushima itself.

Rob Oudendijk shows how he added wifi capability to the bGeigie nano.

Hidetake Ishimaru of Kodomomirai Citizens’ Monitoring Station in Kokubunji, Tokyo, describes what they’ve found in terms of contamination in food and soil.

Here are the links to USTREAM recordings of the symposium:

SAFECAST: The Next Three Years, Ocean, Food, and Health Trends (Starts around 16:20)

Reports from Daiichi and Chernobyl, Voices from Fukushima, Panel Discussion (Starts around 5:45)

Here are the slide presentations: