Last night at the weekly Crash Space meeting, Naim showed off the current, working, Safecast Air prototype during show & tell, as well as an example of a possible housing using plates. We’re calling the device the “canAIRe” and may actually use a can as the housing, but this was interesting to see in practice. The housing is important because it has to let enough air through to be measured, while still protecting from the elements. We’ve also realized that the particle sensors we’re going to need are are going to be much beefier than originally anticipated – the cheaper smaller ones only perform in heavily contaminated areas, so for any reliable measurements at low levels we need to step up the hardware. More soon! 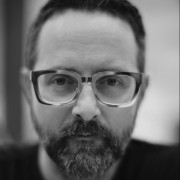